Recently, McDonald's and Starbucks have announced that they will no longer use plastic straws, and Sprite also announced that they will no longer use non-degradable plastic bottles. Although paper substitutes are not ideal, the non-degradable nature of plastic is the biggest original sin after all. So organic polymer materials similar to plastics, such as serum separation gel and carbomer, will one day be eliminated?

I don’t think it will. In fact, plastics still have some advantages compared with paper products. At present, the pollution to the environment is not greater than that of paper products. In the long run, it is still a problem of non-degradability, so a material will not Will be eliminated depends on its degradation performance.

2. Disintegration and degradation, traditional plastics add some starch or biodegradable materials, and this degradation only becomes small fragments, and the degradation is incomplete.

3. Natural degradation, the use of temperature, humidity, minerals, and bacteria, fungi, algae and other microorganisms in the environment to hydrolyze or enzymolyze polymer materials into low molecules, which are then decomposed by microorganisms.

So in the final analysis, degradation still depends on the degradation of microorganisms and the natural degradation of the material itself. Although carbomer is a polymer material made of polyacrylic acid, it will swell into long stretched chains in water. The molecular weight of the polymer fragments is not large and can be absorbed and metabolized by cells, and naturally it can be swallowed and decomposed by microorganisms. Serum separation gel is physiologically inert due to usage requirements, and is insoluble in water, and naturally degrades much slower than Carbopol. 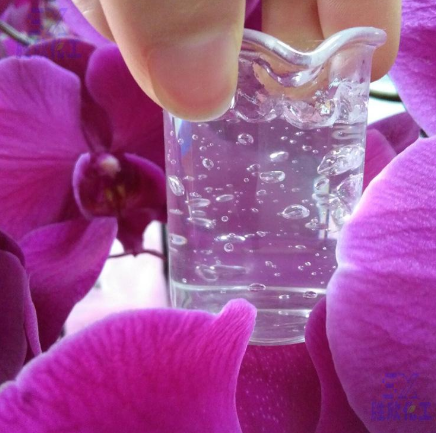 In addition to environmental factors such as temperature, humidity, and oxygen content, the structure of polymer materials usually determines the strength of biodegradability. Generally, the more regular molecular structure and the higher the crystallinity of materials, the more difficult to degrade. The side groups, substituents, crystallization and cross-linking of the polymer will limit the degradation of the enzyme. Degrading enzymes generally act on the ester bonds of the amorphous part, so the higher the copolymer component, the faster the degradation. The structure of serum separation gel is a large number of hydrogen bonds between long and long chains of polymer molecules. Hydrogen bonds are different from chemical bonds and are easily destroyed by external forces. They can be broken down into low molecules and then degraded after a longer time.

In summary, although both serum separation gel and carbomer are polymer materials, they are both degradable materials. The separation gel degrades longer than carbomer, but its usage is much less. The two do not have potential environmental pollution problems. The molecular weight of the plastic that is really difficult to degrade is actually many times larger than the commonly used polymer materials. The improvement of the environment still depends on reducing the use or recycling of plastic products.