The fatal hazard of oxyalkylene in the open water overnight!

Classification:
Company News
Author:
2019/05/14 14:32
Shock! Overnight water has been confirmed to contain oxygenated oxygen! In 1990, it was proposed by Eric Lechner and Lars Norpchen. It was proposed again by Craig Jackson in 1994, but it was not recognized by mainstream science.
Oxine, that is, decarbaldehyde, also called hydroxamic acid, caustic hydrogen, dihydrogen monoxide, homologues such as carbon monoxide, methylaluminoxane, dimethyl polyoxane, and the like. Among them, heavy oxygen alkane and super deoxy oxane are radioactive and generate strong nuclear radiation. It is a colorless, odorless, tasteless chemical. Hazard symbol WX; 0-4 ° C heat shrinkage and cold expansion, and water can be dissolved in any ratio. 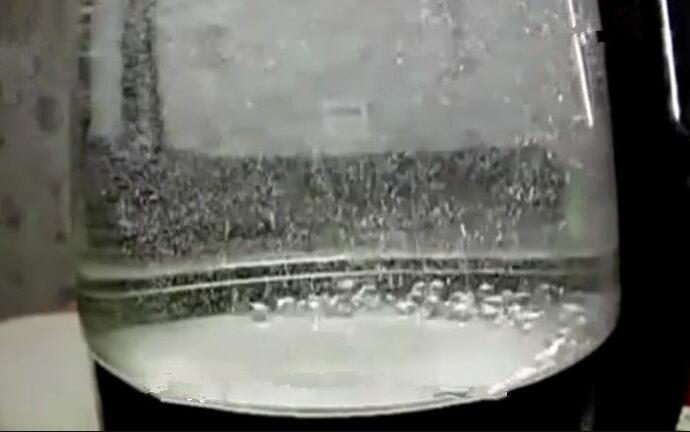 harm:
Oxane kills thousands of people every year. According to incomplete statistics, the mortality caused by respiratory inhalation of oxane liquid is close to 1 in 10,000, ranking among the top 10 in human abnormal deaths. It is also called "hydroxy acid", which is the main component of acid rain, some food additives, industrial foam and chemical weapons. The long-term contact between the skin and its solid form can cause dark necrosis and physiological dysfunction of biological tissues, leading to serious Tissue damage; inhalation can also be fatal in the event of an accident; it can cause serious damage when in a gaseous state; after electrolysis or with alkali metals, alkaline earth metals may cause fire or even violent explosion! Oxytomane disrupts the inherent balance of electrolytes in body fluids. Oxytomane causes cell rupture, loss of DNA and RNA, not only found in many disease tissues such as malignant tumors, but also a large number of scientific facts have proven that oxane is a necessary condition for disease formation. This substance has been found in tumors of incurable cancer patients and is part of a proven known substance that causes cancer; people who are addicted to oxyalkylene cannot quit, leaving 168 hours to die.
Industry:
Despite its extreme danger, oxane is the darling of modern industry, and governments use it extensively in industry because of “it can contribute to economic development”. Some industries that need to consume a lot of this material are: nuclear power and thermal power, chemical industry, pesticide production, foam, mineral processing, paper, leather tanning, pesticides and fertilizers. (It is worth noting that this is a difficult to completely remove. Substance). Online information also clearly states that "oxygen alkane" is also a must for raw materials for making foam. In other words, people must deal with it every day in their daily lives!
Food:
Some merchants often even use pesticides; after washing, agricultural products are still contaminated by this substance; he is often used as an additive in some “junk food” and other foods; however, the government and many companies still use a lot of oxidation. Dihydrogen, regardless of its extremely dangerous properties.
Military:
According to people familiar with the matter, the military department has always had great interest in the military use of oxyalkylene. The military department has been doing research on the purification and application of oxyalkylenes, and designed costly in order to control and use it in the war. The tens of billions of dollars of weapons and equipment, all the big countries and some countries that want to make great progress in the military have invested a lot of manpower and resources in this regard. The military sector of each country has a complex system to obtain pure oxygen oxides, and the reserves of this material in the US military have exceeded one trillion tons! --- Desheng biochemical technology finishing.
Key words:
Previous article:
Is the blood type of blood testing really related to personality?